There’s a fighter in all of us. Not the type of fighter who throws punches and kicks to hurt people. But the type of fighter who fights to elevate him or herself to become better. We all want to rise above average. We don’t like to feel mediocre. We want to be more. Invincible is a movement for becoming more – physically and mentally. It’s about fighting against mediocrity and taking a stand for greatness. It’s about stepping up and becoming Invincible..

We don’t teach a style of martial arts. We build physical capabilities and mindset with the aim to empower the world to be better, through self-mastery, not violence. The Invincible Athletes Academy is a physical and mindset training academy with the emphasis on improving one’s physical capabilities of speed, power, strength, skill, flexibility and mindset. It draws influence from traditional and modern martial arts, fitness and sport science. The different arts include Jeet Kune Do, Shaolin Kung Fu, Wing Chun, Tae Kwon Do, and Tricking. 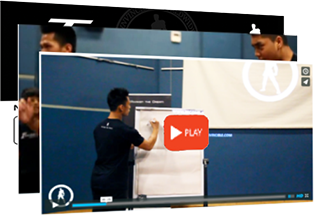