As martial artists, as leaders as young motivated people, we refuse to be average. Invincible is a movement for people refusing to be average. It’s a fight against mediocrity. See, martial arts in recent years have become all about the violence, that’s why MMA, kick boxing and karate have become so popular. But when I speak to people about why they want to learn martial arts, it’s actually more about developing themselves physically and mentally.

Martial arts should be a fight against mediocrity. It’s about the chase for perfection. Its the fight to raise your standards everyday. It’s the fight to be a worthy human being, someone that you can be proud of. It’s the fight to be a quality human being. Too many people get caught up in following what everyone around them says or thinks and so they forget about this fight, and so they settle for what’s average. I’m gonna give you a couple of steps to keep in mind to fight against mediocrity in everyday life.

Too often we get caught up in what people think. forget the opinions of others, what they say is good, or what you should be doing. Go out study for yourself, prove to yourself why something is good. Do what you feel is right.

Too often you don’t push your comfort zone and you stay in your shell, never growing. Everything you do, push that comfort zone. Get comfortable with discomfort. Get used to pushing that 110%.

Too often because there is so much distraction around you that you no longer see whats possible in life. You don’t see the extraordinary. It’s the visionaries like the Wright Brothers or Steve Jobs who are able to create a dream that has yet to be seen in reality.They are constantly creating their realities rather than accepting what is given to them.
Awaken the Dream. 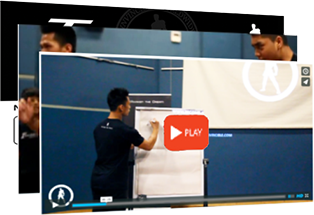